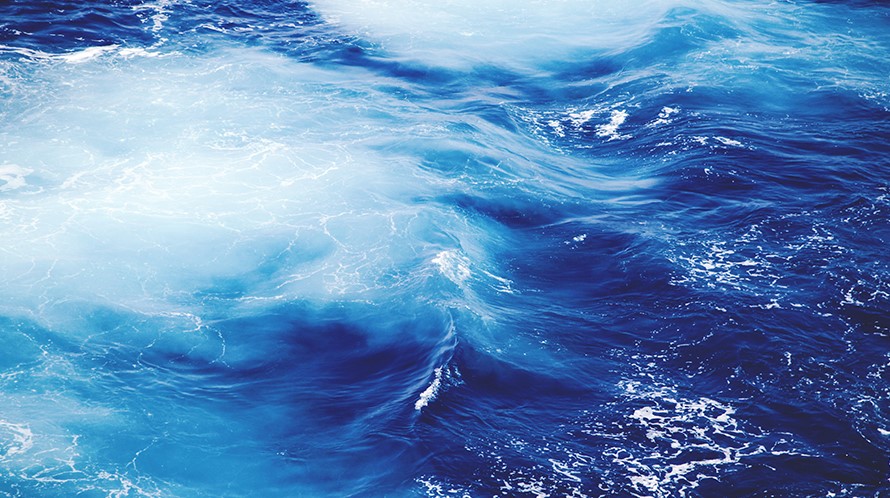 Oceans cover 72 percent of the surface of our blue planet and provide a substantial portion of the global population with food and livelihood. Enhancing more than 80 percent of global trade, marine and coastal environments constitute a key resource for economic development. On the basis of the strategic location of the Indian Ocean region, IORA has emphasised on growing the Blue Economy in a sustainable, inclusive and people centred manner.

The objective of the Blue Economy is to promote smart, sustainable and inclusive growth and employment opportunities within the Indian Ocean region’s maritime economic activities. The Blue Economy is determined to initiate appropriate programs for: the sustainable harnessing of ocean resources; research and development; developing relevant sectors of oceanography; stock assessment of marine resources; introducing marine aquaculture, deep sea/long line fishing and biotechnology; and human resource development; among others.

This special focus area was recognised at the 14th IORA Ministerial Meeting in Perth, Australia, on 9 October 2014. The Blue Economy captured the attention of all IORA Member States due to its growing global interest and potential and for being recognised as the top priority for generating employment, food security, poverty alleviation and ensuring sustainability in business and economic models in the Indian Ocean. Considering its wide range of valuable resources, the Blue Economy is gaining increasing interest in IORA Member States that are all committed to the establishment of a common vision that would make this sector a driver for balanced economic development in the Indian Ocean Rim region.

Since 2014, several capacity building programmes have been carried out covering a wide range of areas, including inter alia: fisheries and aquaculture; seafood products safety and quality; seafood handling, post-harvest processing and storage of fisheries and aquaculture products; banking and artisanal fisheries; sustainable management and development of fisheries resources; fish trade; seaport and shipping; maritime connectivity; port management and operations; marine spatial planning; ocean forecasting/ observatory; blue carbon; and renewable energy. The First IORA Ministerial Blue Economy Conference (BEC) was held in Mauritius on 2-3 September 2015 where the Blue Economy Declaration was adopted. Reflecting on the global trends, this Declaration seeks to harness oceans and maritime resources to drive economic growth, job creation and innovation, while safeguarding sustainability and environmental protection. Indonesia hosted the Second Ministerial Blue Economy Conference on “Financing the Blue Economy” on 8-10 May 2017 in Jakarta, Indonesia, whereby the Jakarta Declaration on the Blue Economy was adopted, aiming at optimising the use of existing financial instruments in the IORA region to enhance Blue Economy development in our Member States. The need for new and innovative financing mechanisms and for strengthening collaboration between the public and private sectors, as well as Dialogue Partners, was also highlighted.

It is envisaged that Blue Economy development in IORA will further be strengthened and will be on the top of IORA’s agenda in the coming years with the establishment of the Blue Economy Working Group (WGBE). The establishment of the WGBE emanates from the IORA Action Plan 2017-2021 that was adopted at the Leaders’ Summit that was held on 5-7 March 2017 in Jakarta, Indonesia. The meeting also saw the adoption of the Jakarta Concord that reiterate IORA’s commitment to promote Blue Economy development in the region as a key source of inclusive economic growth, job creation and education, based on the evidence-based sustainable management of marine resources.

The IORA Secretariat has identified the following six priority pillars in the blue economy as were recommended by the Council of Ministers’ meeting (COMM) and revised by the Secretariat in consultation with Member States:

Fisheries, which is a vital oceanic resource forms the core of the Blue Economy, as one of the main resources of the Indian Ocean which provide food to hundreds of millions of people and greatly contribute to the livelihoods of coastal communities. It plays an important role in ensuring food security, poverty alleviation and also has a huge potential for business opportunities. There has been a strong increase in fish production from 861,000 tons in 1950 to 11.5 million tons in 2010 and the world's total demand for fish and fisheries products is expected to rise from 50 million to 183 million tons in 2015, with aquaculture activities predicted to cover about 73% of this increase. Aquaculture, which offers huge potential for the provision of food and livelihoods, will under the Blue Economy incorporate the value of the natural capital in its development, respecting ecological parameters throughout the cycle of production, creating sustainable, decent employment and offer high value commodities for export.

To meet the increasing public demand in seafood products, natural fisheries resources are being over-exploited and threatened. Therefore, the urgent need to find a balance between population need and environmental health has provided impetus to the promotion of sustainable fishing and aquaculture. Well-managed fisheries can deliver billions more in value and millions of tonnes more fish each year, while aquaculture has the potential for continued strong growth to supply the food requirements of a growing world.

The world population is expected to increase to an estimated 9 billion people in 2050, which is 1.5 times greater than the current population, resulting in an increase in countries' demands on fossil fuels. Recently there has been a collapse in the price of crude oil, but the possibility of an eventual normalization (of return to higher prices) should not be disregarded and thus necessitates the continued attention of IORA Member States to consider alternative renewable sources of energy. Renewable sources of energy such as solar and wind are already being implemented worldwide. However, additional incentives in renewable energy are strongly in demand to further decrease the burden on fossil fuels. The time is therefore appropriate to explore the potential of renewable energy derived from the ocean. The ocean offers vast potential for renewable "blue energy" from wind, wave, tidal, thermal and biomass sources.

The seaport and maritime transport sector is one of the important priority sectors under the Blue Economy, in which Member States are showing a greater interest. In spite of the continuous rise of maritime transport and shipping transactions in the region, uneven distribution of trade exists among the rim countries, where only a handful are benefiting economically from maritime exchanges and transportation. Some Member States unfortunately are struggling to keep pace with the rapid development and complexity of maritime trade as they face challenges in terms of congestion, new information technology and equipment, improvement of port infrastructure and professional services. In this regard, regional cooperation is important for unlocking the bottlenecks to ports development and maritime economy expansion in the Indian Ocean so as to enhance blue growth through economic cooperation and trade relations between Member States.

With the decreasing inland mineral deposits and increasing industrial demands, much attention is being focused on mineral exploration and mining of the seabed. The seabed contains minerals that represent a rapidly developing opportunity for economic development in both the Exclusive Economic Zones of coastal nations and beyond the limits of national jurisdiction. Seabed exploration in the Indian Ocean has already started, but the major constraints in the commercialization of these resources lie in the fact that Member States have limited data on the resources their exclusive economic zone (EEZ) possesses, lack capacity for exploration, mining and processing of these minerals. Therefore, improved information is needed to assess the potential across the region.

Marine biotechnology (or Blue Biotechnology) is considered an area of great interest and potential due to the contribution for the building of an eco-sustainable and highly efficient society. A fundamental aspect is related to aquaculture, whereby new methodologies will help in: selective breeding of species; increasing sustainability of production; and enhancing animal welfare, including adjustments in food supply, preventive therapeutic measures, and use of zero-waste recirculation systems. Aquaculture products will also be improved to gain optimal nutritional properties for human health. Another strategic area of marine biotechnology is related to the development of renewable energy products and processes, for example through the use of marine algae. In addition, the marine environment is a largely untapped source of novel compounds that could be potentially used as novel drugs, health, nutraceuticals and personal care products; Blue Biotechnology could be further involved in addressing key environmental issues, such as in bio-sensing technologies to allow in situ marine monitoring, in bioremediation and in developing cost-effective and non-toxic antifouling technologies. Finally, marine derived molecules could be of high utility as industrial products or could be used in industrial processes as new enzymes, biopolymers, and biomaterials

Marine tourism, with its related marine activities (including cruise tourism), is a growing industry that represent an important contributor to the economy of countries and for generating employment. However, these activities, if not managed sustainably, could develop a parasitic relationship with the environment, leading to destruction and degradation of marine habitats and environment, loss of biodiversity, marine pollution and over-exploitation of resources. This necessitates actions for environmental protection in order to prevent any irreversible impacts (for example sedimentation over coral organisms by sheer human physical impact, beach erosion, and mangrove clearance) that may arise from marine tourism industry. Protecting local marine resources is one of the most urgent needs in promoting sustainable tourism. Sustainable coastal tourism can assist with the preservation of artisanal fishing communities, allow for subsistence fishing, protect the environment, and make positive contributions to sustainable economic development. In view of addressing these issues, there is a need to: create more and increase the size of marine protected areas (MPAs); establish and promote sustainable marine tourism; create opportunities for financing MPAs; develop more marine parks, among others. In addition to providing areas for recreation and enjoyment, marine parks support billions of dollars of vital ecosystem services worldwide.

Whale and dolphin watching tourism is one of the fastest growing marine tourism sectors in the world and is on the rise in the IORA region. Whale and dolphin watching tourism can create economic, social, and environmental benefits such as inclusive economic growth and job creation for coastal communities, while also encouraging the protection of marine species and habitats.

The Indian Ocean region is home to many unique marine species, including vulnerable species such as the Indian Ocean humpback dolphin and the Arabian Sea humpback whale. Whales and dolphins are culturally important to many member states. With threats to ocean health and marine species on the rise, it is important to ensure that whale and dolphin watching is ethical, sustainable, non-invasive, and safe for both tourists and animals.

Recognising this, the IORA Sustainable Whale and Dolphin Watching Tourism Network was established in 2016 to help IORA member states become world leaders in sustainable practice. The purpose of the Network is to provide a regional forum for key stakeholders to facilitate the exchange of experience, information, and expertise on whale and dolphin watching, and to encourage collaboration. Information relevant to the Network is shared through a biannual newsletter.